Skip to content
Home/News, News on Homepage, Paper/TDO is a novel therapeutic target for Parkinson’s disease
Previous Next

TDO is a novel therapeutic target for Parkinson’s disease 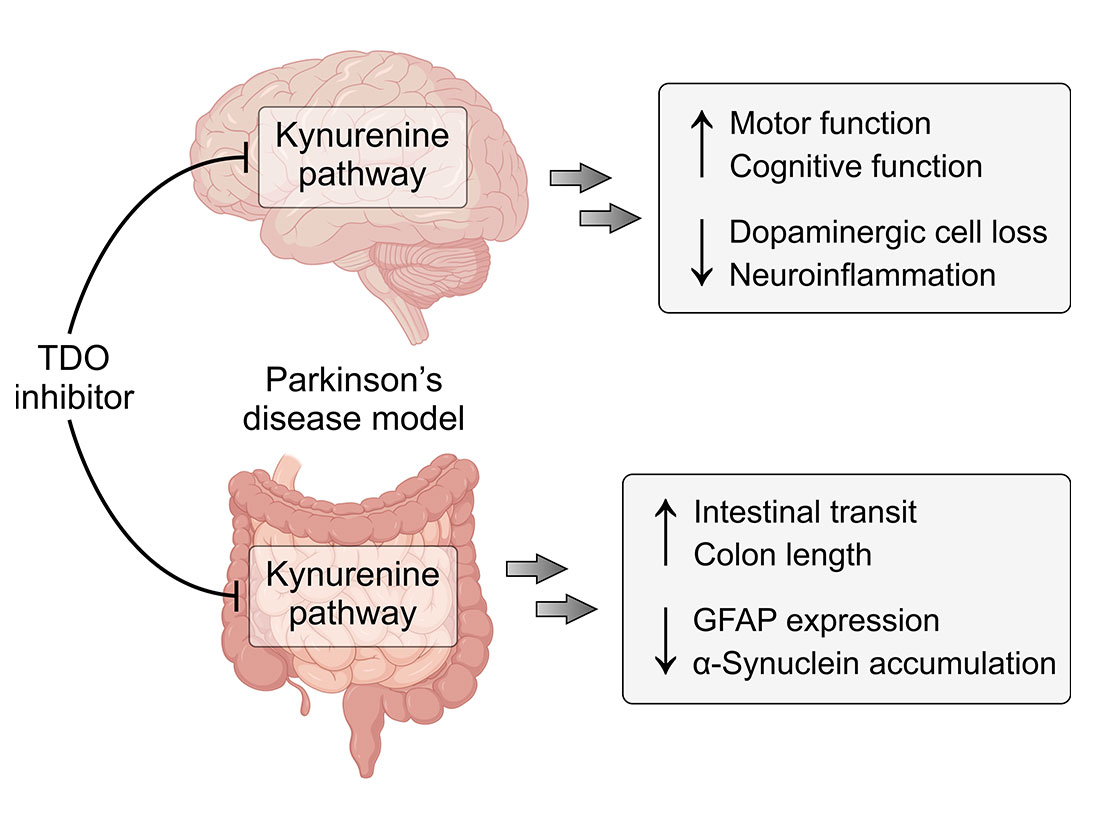 February 22, 2021: A new article on the pharmacological validation of TDO as a target for Parkinson’s disease is now online in The FEBS Journal (Perez-Pardo et al., 2021). The figure shows a schematical representation of the beneficial effects of TDO inhibitors observed in a mouse model of Parkinson’s disease.

TDO is a novel therapeutic target for Parkinson’s disease

The L-tryptophan-catabolizing enzyme tryptophan 2,3-dioxygenase (TDO) was identified as a potential drug target for Parkinson’s disease in an RNA interference screen in Caenorhabditis elegans (van der Goot et al., 2012). TDO catalyzes the first, rate-limiting step of L-tryptophan degradation in the kynurenine pathway. Parkinson’s disease and other neurodegenerative diseases have been associated with an imbalance between neuroactive metabolites formed along this pathway (Szabó et al., 2011). Together with the group of Prof. Dr. Aletta Kraneveld, researchers from NTRC have validated pharmacological inhibition of TDO as a new therapeutic approach for Parkinson’s disease.

The results of these studies have been published in an Open Access article in The FEBS Journal (Perez-Pardo et al., 2021). Two selective small molecule inhibitors of TDO, including the novel inhibitor NTRC 3531-0, were tested in a rotenone-induced model of Parkinson’s disease. Rotenone is a pesticide and exposure to rotenone is associated with an increased risk of Parkinson’s disease in humans (Betarbet et al., 2000). Treatment with both TDO inhibitors induced positive effects on central nervous system function. This included improved motor and cognitive function as well as reduced loss of dopaminergic cells and neuroinflammation. Moreover, and in contrast to standard therapy, the TDO inhibitors acted peripherally on the intestinal phenotype by reducing the rotenone-induced intestinal inflammatory response. Together, these findings support TDO inhibition as a therapeutic strategy to decrease motor, cognitive and gastrointestinal symptoms in Parkinson’s disease (Perez-Pardo et al., 2021). 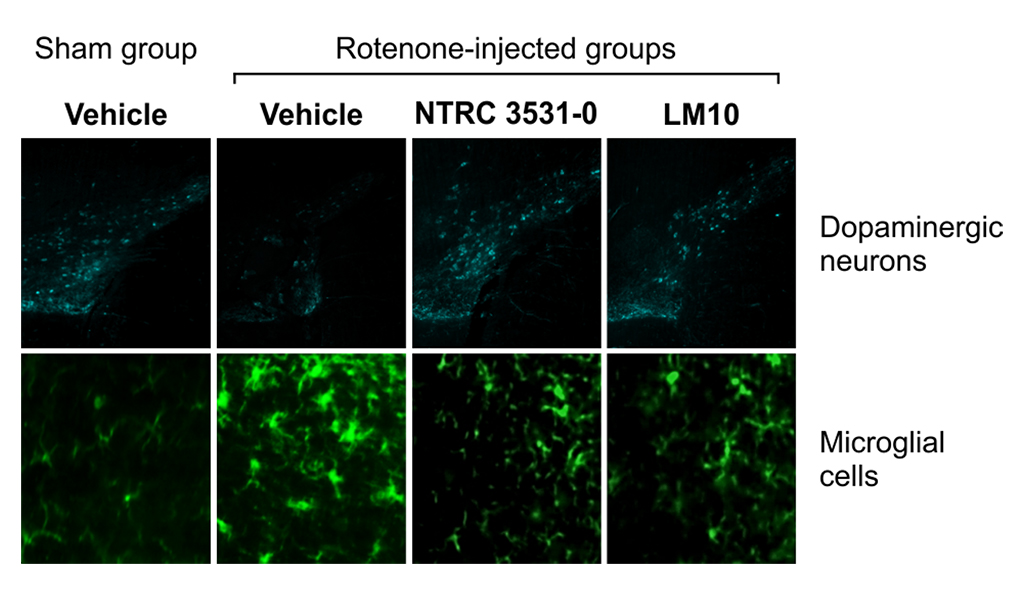 Microscopic images of immuno-labelled dopaminergic and microglial cells in the substantia nigra of mice. Injection with rotenone results in a reduced number of dopaminergic neurons, and an increased volume of microglial cells, which is counter-acted by treatment with the TDO inhibitors NTRC 3531-0 and LM10.

NTRC is a precision medicine company dedicated to discovering new anti cancer drug candidates. We help you to find a mechanistic hypothesis before entering the clinic. We can study a wide range of cancer cells, primary patient material and immune cells in vitro, in isolation and in coculture, after exposure to monotherapy and combination therapy. In addition, we perform in-depth mechanistic analyses in cells and by biophysical methods, such as Biacore and LC-MS/MS. Keywords are: Quality. Flexibility. Short Turnaround Time.